The Living in Northern Quebec: Mobilizing, Understanding, Imagining Research Partnership (SSHRC 2015-2020) held its second Annual General Meeting from June 6th to June 9th at the Kuujjuaq Forum in Nunavik. In this annual meeting, more than thirty representatives of partners, collaborators and researchers travelled from Côte-Nord, other Nunavik villages, Montreal, Quebec and even Strasbourg, in France. Although most were familiar with Kuujjuaq or Nunavik, this marked a first experience of Northern Quebec for some. Here are some highlights :

Upon arrival on Monday, June 6th, participants took part in a guided tour of Kuujjuaq by Allen Gordon and Isabelle Dubois from Inuit Adventures. They discovered Kuujjuaq’s important facilities, including a sewing workshop where women were assembling a Tupiq (Inuit tent), as well as a community carpentry workshop and a cleaning space for eider.

Tuesday, June 7th, participants gathered for their first meeting in the gym at the Forum. Welcoming remarks were made by the representative of Kuujjuaq’s mayor, Councillor Martha Greig, and by representatives of Inuit partner organizations: Frédéric Gagné, Deputy Director of Kativik Regional Government (KRG), Watson Fournier, Director of Kativik’s Municipal Housing Office (KMHB) and Annie Arnatuk, President of Saturviit’s Board. Martha Greig then lit the Qulliq to officially launch the exchanges, the inuit way.

The discussions were open to all residents of Kuujjuaq. Thanks to simultaneous translation in Inuktitut, English and French, all were able to contribute. About a dozen residents joined the activities, including Bobby Snowball, chairman of the Nunavik Elders's Committee.

Several Innu and Inuit stakeholders spoke of planning and housing challenges in their respective communities during a series of ‘sharing’, ‘learning’ and ‘exchange’ workshops.

Marie Fontaine, former Director of the Tshishteshinu School in Mani-Utenam, painted a colorful portrait of her community and the Innu culture. Jean-Baptiste Laurent of Matimekush-Lac John shared his vision of home while also sharing about the challenges he faces daily as Director of Technical Services and Housing. Carmen Rock, Deputy Director of Housing at Uashat mak Mani-Utenam (partner community) spoke about her community’s expertise and programs. Paul Parsons (Project Manager) and Marie-Pier McDonald (Urban Planner) presented the consultation process put forth by KRG in realizing masterplans for Nunavik villages. Invited to take part in discussions, Zebedee Nungak, Councillor in Kangirsuk and signatory of the James Bay and Northern Quebec Agreement (and resident of Kangirsuk), expressed several ideas and values underlining ​​Inuit planning principles.

By late afternoon, the partners took part in the opening of the photo exhibition "I LIVE HERE!" which showed photos taken by Innu and Inuit students Grande 5 and 6 students. In the presence of several young Kuujjuamiut who submitted their photo, the ‘Jury's vote’ and the ‘Public's vote’ were announced. Young Axel Gordon from Jaanimmarik School was awarded the Public's vote for his photo of Kuujjuaq’s Youth Center. 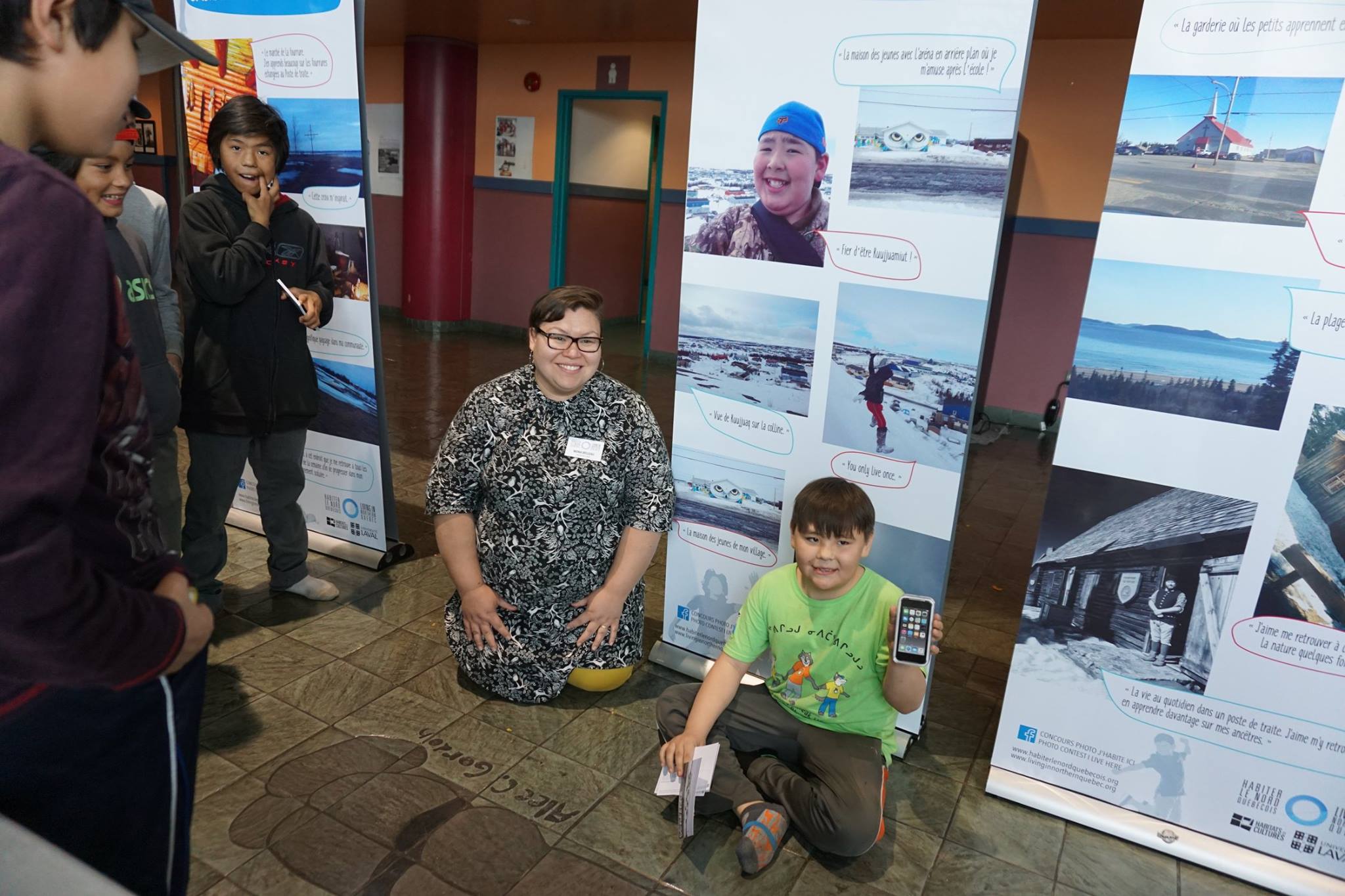 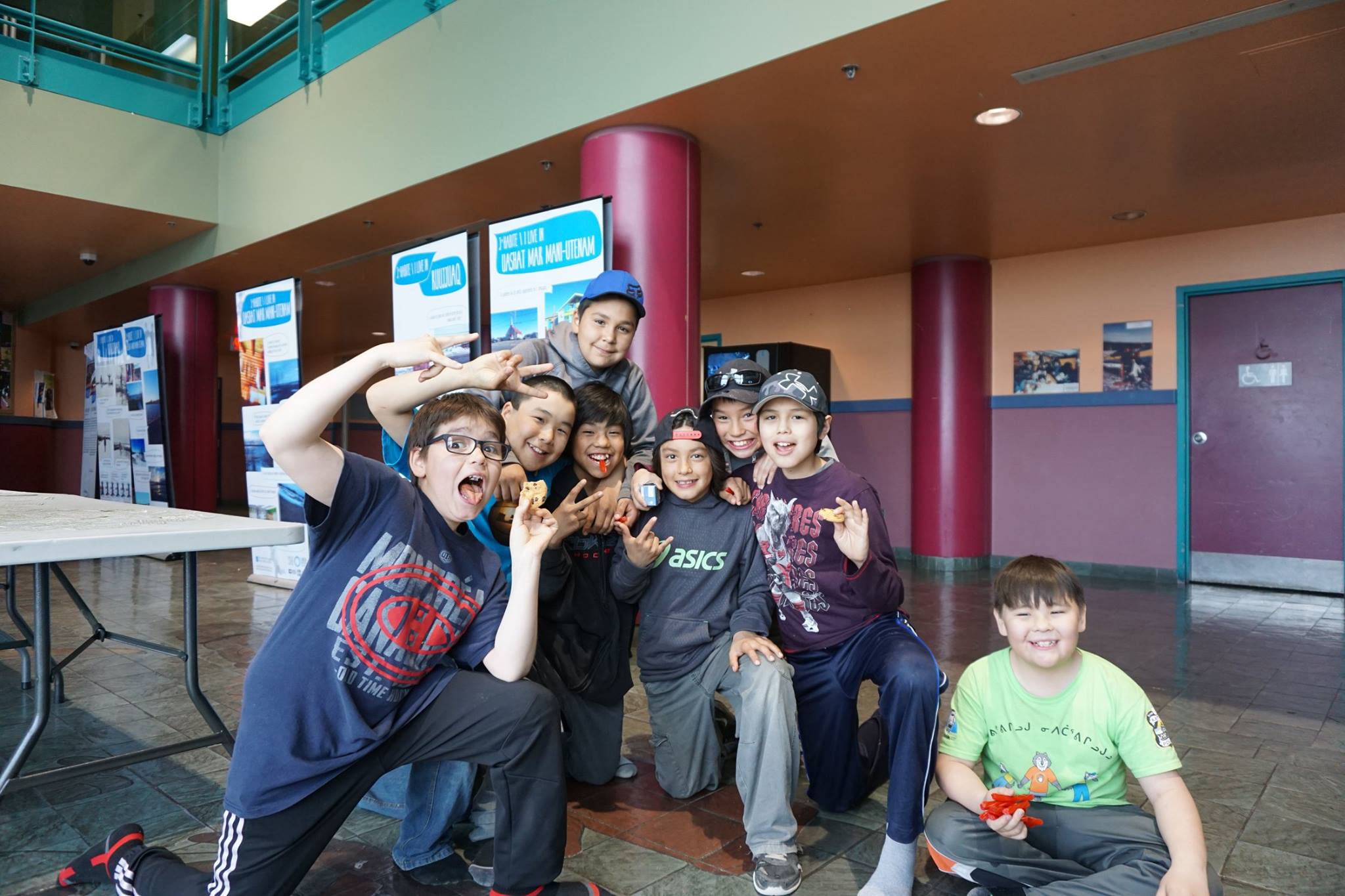 The discussions continued during a feast prepared by a local caterer Guy Labranche. On the menu : fish chowder, arctic char, bannock, stew and cake iced with cloudberries. The evening concluded with an impressive and touching performance by the young throat singers from the Kuujjuaq Youth Group under the direction of Ann Marie Aitchison. 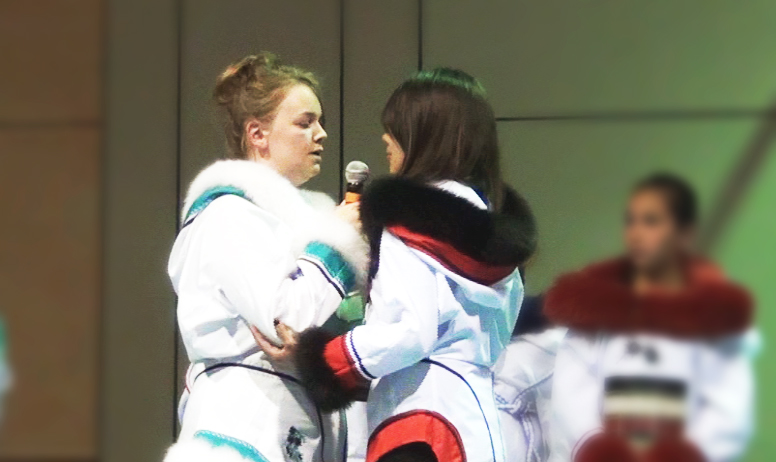 Wednesday morning, a captivating discussion focused on Inuit housing aspirations took place. Lisa Koperqualuk (member of the Steering Committee), Olivia Ikey (resident of Kuujjuaq), Noah Inukpuk (retired Town Manager, Umiujaq), Pauloosie Kasudluak (Mayor of Inukjuak) and Martha Greig (Councillor, Kuujjuaq NV) expressed concerns and shared visions about the future of housing in Nunavik. The discussion took many turns: Can residential coops and homeownership be sustainable alternatives to social housing in order to offer more choices and more access to residents? How can we address the issue of village ‘beautification’? What about the adaptation of existing homes to both needs and cultural practices? How to inform and mobilize young Inuit and Innus regarding their housing environment? By sharing their experiences, Innus, local stakeholders and researchers tried to paint a nuanced picture of the challenges facing both indigenous communities.

During an ‘exchange’ workshop, small groups of participants continued their discussions on varied topics such as: housing density, private property and alternative modes of tenure, the process of housing development, women’s aspirations, the relationship between house and site, etc.

Thursday morning, the partners held their Second Annual General Meeting. They took stock of all projects completed or underway during Year 1, and they approved work documents such as budget statements and forecasts, as well as the Partnership Agreement.

In the afternoon, the partners visited Old Fort Chimo, the area’s first settlement centered on a Hudson's Bay Company Trading Post, located across the river from Kuujjuaq. The site remains a key gathering place for Kuujjuaq’s residents. It is also a significant historical site for the Inuit and also the Innu, whose ancestors have either resided in or passed through Old Fort Chimo. Apart from a cluster of small buildings, recent and old, the site contains ancient burial areas. According to Allen Gordon, some Kuujjuaq elders still wish to be buried there !

After five days of rich discussions and discoveries, it was time to go home and continue to do collaborative research projects. The next Annual General Meeting of the Living in Northern Quebec Research Partnership will take place in the Innu community of Uashat mak Mani-Utenam in June 2017.